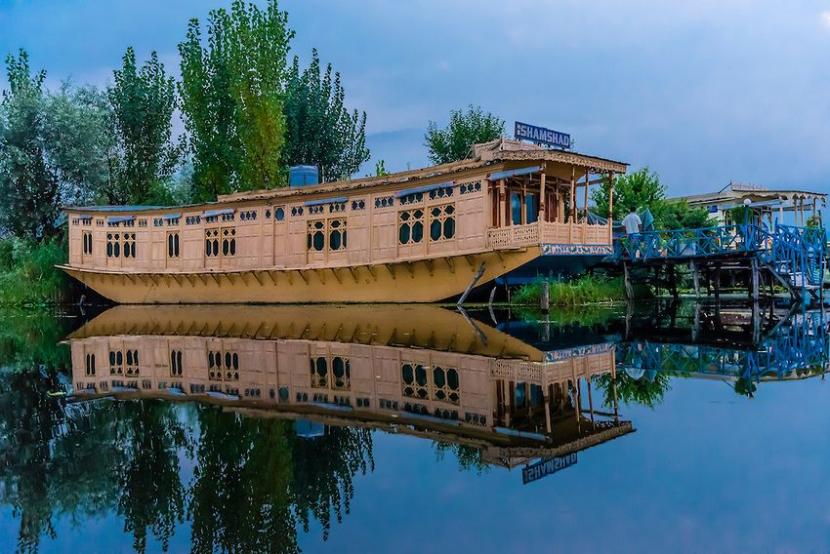 Where Are Houseboats Found in Kashmir?

Houseboats are major tourist attractions all around the world. However, the houseboats in India, especially in Kashmir, are like no other. In Kashmir, the houseboats are also called Shikaras, and they are usually found parked by the riverside. They typically remain immobile, light, have wood panels, and even have a municipal water connection. But their lightness doesn't render them unsafe or unstable. Some of the houseboats go as back to the 1900s and are still standing strong.

Houseboats in the Lakeside

Srinagar makes the tourist count because of these houseboats only, as they are nothing less than some of the finest luxury hotels. However, for those on a budget, houseboats that are friendly on the pocket are also available.

The houseboats are also called floating houses or hotels. They offer a unique staying experience to the guests. These houseboats come in all sizes, with amenities ranging to the likes of a five-star hotel or, in some cases two-star hotel. Some have the ambience of the royal luxuries, whereas some are homely and cosy.

Do Houseboats in Srinagar Move?

Unique staying option in the lap of nature

However, certain aspects are similar across all the houseboats in Kashmir. For instance, they all are made out of wood and have wood panelling and rustic carpets and décor that give a glimpse of Kashmir's tradition and culture. Apart from the elegant rooms and attached bathrooms, the houseboats also have living rooms, kitchens and balconies that look over the beautiful landscape. Most arrange for authentic Kashmiri meals as well for the guests to enjoy some of the finest recipes from Kashmiri cuisines. However, all the houseboats have a houseboy to tend to the guests' needs at all times.

The houseboat in dal lake kashmir stay on the periphery of both the Dal Lake and Nageen Lake, but they have smaller boats used by the tourists to move on the lake and take in the beautiful valleys and clusters of villages or markets that float on the lakes as well.

The owners of the houseboats, with their tourist packages, also arrange for the trek, picnics in nearby gardens, sight-seeing trips or barbeque on the houseboats for their guests. The sheer convenience, comfort and opportunity to engage with the Kashmiri culture makes the houseboats irresistible to the guests.

The culture of houseboats first began with the British, who were not permitted to own land or house in the Kashmir province. They took up living on the water as an alternative, and the same option has been in vogue ever since, not dying out once and only becoming more and more diverse and widespread. It is the reason that the tourist prefers houseboats over any other option for a stay in Kashmir.