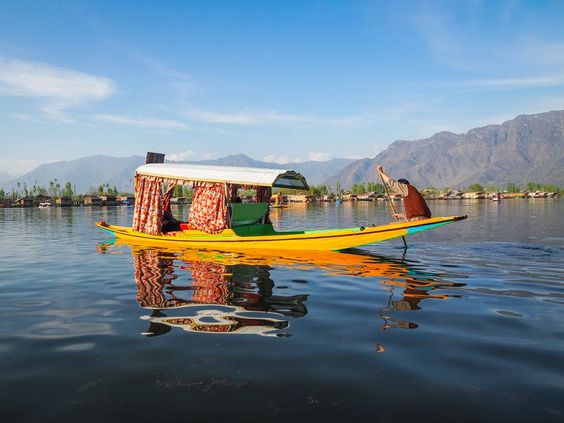 The Heritage of Kashmiri Houseboats

The beautiful houseboats of Kashmir valley have always been famous worldwide, but lately, they risk facing extinction. From a vast 5,000 houseboats, there are only 900 left today. Because the rich heritage of Beautiful kashmiri houseboats on the lakes of Kashmir is a huge tourist attraction, they cannot be allowed to become history. The houseboats have been dubbed as the Jewel of Tourism Industry in Kashmir valley. That identity must remain intact. Sadly, more than 40 per cent of houseboats have disappeared in the last three decades. It is a disturbing scene.

When Did the First Houseboat Come Up?

Houseboats may be famously traced back to the 19th century when the British introduced these lavish houseboats as residences and hotels for Europeans who could not own land in Kashmir as per the decree of Kashmir's Dogra king. However, long before Europeans even went there, there was a tradition of living on houseboats. These boats people lived on were called darpad dungas, which were then modified into houseboats during the colonial reign.

The houseboats of Kashmir have been symbols of beauty for Kashmir both before and after the independence of India from British colonial rule. The late 1990s saw a whopping 3,000 houseboats in the region because Bollywood films often showcased them as places of romance, which only supported tourism in the area.

The Construction of Houseboats

The intricately carved houseboats are fashioned from local cedar pine, and they vary in size. You will find modest one-bedroom houseboats to luxurious 8-bedroom houseboats as per your choice from the available varieties. A typical Kashmiri houseboat features a front porch to sit and look at the beautiful scenery and the Shikaras paddling by. There will be a living room that is beautifully decorated in an old-world style, leading to a dining room. The bedrooms are located at the end of the corridor. Many of these houseboats also have a roof terrace where guests can enjoy watching the beautiful Kashmiri sunrises or sunsets.

The category of houseboats also varies in the context of their luxuriousness. However, they also guarantee basic amenities such as water and electricity. These houseboats happen to be the authentic cultural heritage of Kashmir. It was these houseboats that created tourism in Kashmir. Hence, authorities must step up to preserve them for future generations as their identities are indeed associated with houseboats that symbolize the region's heritage and culture.

Protecting The Heritage of Kashmir

Houseboats have been a permanent fixture in Srinagar's waterscape. They are some of the best places to spend your vacation as they overlook the Himalayas and are surrounded by chinar trees. You can also admire the beautiful lakes and the life of Kashmiri people, visit the iconic floating markets and buy souvenirs from the Shikaras passing by. They in no way lack land-based hotels.

We cannot afford for Kashmir to lose a crucial aspect of its identity. Therefore, we all must put in every effort possible to ensure the industry's betterment and progress. Solid groundwork is required to maintain the Jewel of Tourism in Kashmir.